Shop ’til you drop

Home Travelog Shop ’til you drop 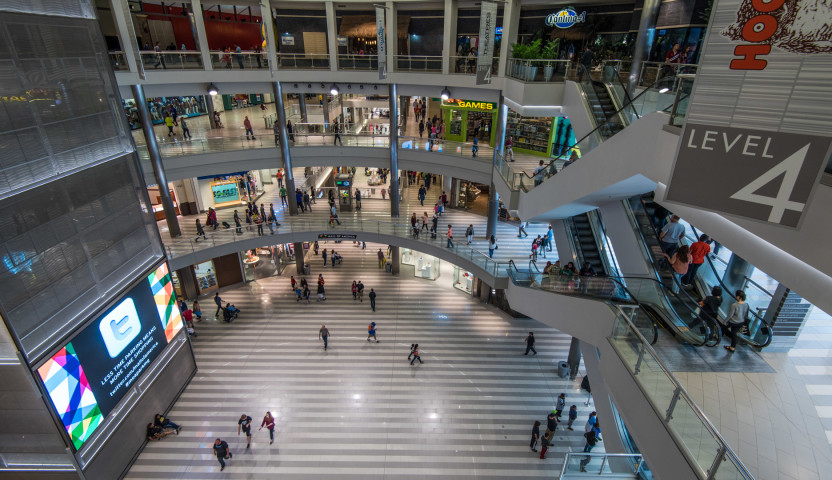 Shop ’til you drop

“Should we take the kids to the amusement park, go to the mall for some shopping, or just go out to eat at a nice restaurant?” If you go to the Mall of America, the answer to that question could be “All of the above”.

So here we are, in the country where shopping is almost a religion. What would be more appropriate than starting at the golden temple itself, Mall of America, the largest shopping mall in the USA. Located a stones throw from the Minneapolis airport in the town of Bloomington, the mall has put Minnesota on the world map. Shoppers bus in from all over the American Midwest, and even fly in from Europe and the rest of the world just to shop. We saw some Asian shoppers that started by buying rolling suitcases, then just dragged them from store to store, filling them up with their purchases. Efficiency in travel shopping.

When the mall opened in 1992, it pioneered a new concept by mixing shopping with entertainment. The mall itself is so big, with anchor stores at each of the four corners, that an entire amusement park, complete with a roller coaster and several (27 in total) other rides, fits in the open space in the middle. On top of that, there’s an aquarium, a flight simulator, and numerous games and theme stores. No problem entertaining the kids, so that you can then continue shopping.

MoA fits an amusement park with 27 rides right in the middle of the Mall.

The concept has proven quite successful, and the mall is constantly expanding, now up to over 500 stores, and several major hotels directly connected. We stayed in one of the newest, Radisson Blu, directly connected to the mall with less than 100 meters from the elevators to the mall itself. The hotel is not only connected, it even offers concierge service for shoppers. When you complete a purchase in the mall, just call the concierge and they will come pick up your haul and put it in your room for you. You can just keep on shopping, shopping, shopping. And when you need a break, there are many restaurants to choose from, including classics such as Hooters and Hard Rock Café. We had lunch at the Hard Rock Café, somewhat of a mistake since the food was so good and plentiful that we had trouble getting up from the table to do our shopping afterwards. Nothing wrong with the portion sizes at the Hard Rock Cafe.

It was a good thing that we eventually did get up and got some exercise (yes, excercise; The mall is so big, it even has a mall walkers exercise club that meet every morning) and shopping, because we needed to work up an appetite for the absolutely fantastic downtown Minneapolis Fogo de Chao restaurant where we had dinner in the evening. Excellent meat carved right at your table, complemented by an incredible wine list. Don’t miss it if you’re in Minneapolis.

Not being a big shopper myself, I still can’t avoid being impressed by the whole Mall of America enterprise. And if you are a big shopper, don’t miss it. But don’t go there at the beginning of the trip like we did. Save it until the end, and just take the light rail to the airport when done.

It’s hard to get a grip on the Mall of America, but here are some statistics to help you grasp the enormity of it all: