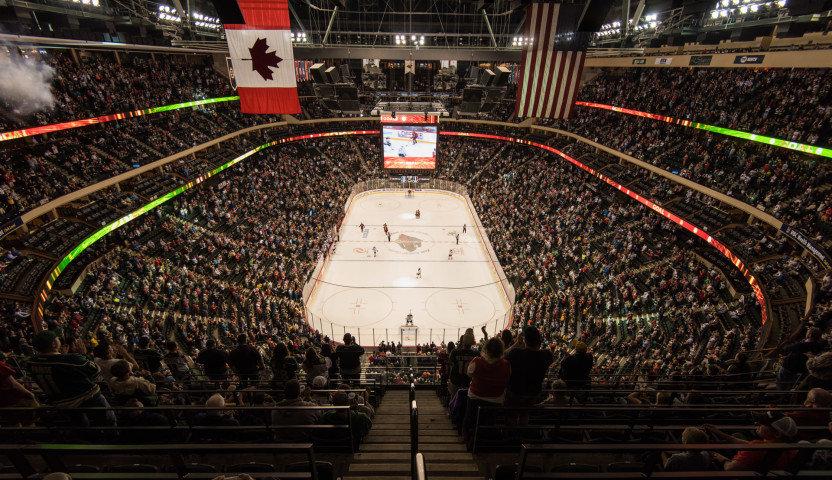 Minnesota Wild, that is. Tonight we had the opportunity to relax from all the golf and take in some hockey.

The Xcel Energy Center really earns its name; it is jam packed full of energy. We got the opportunity to visit the media center, and they had a crew of 25 running the production, and this was not even a televised game. The nerve center looked like a mix of a server hall and an air traffic control center, with about 15 people controlling the cameras, putting up a show on the giant jumbotron over the ice. This all coordinated with the organ player/disc jockey to keep the spectators entertained at all times.

And tonight their services were really needed. Even though the Wild took the early lead, the Sabres quickly retaliated, and were soon in command. This is when the production crew earn their salaries. In spite of less than top class hockey, as is common in the pre-season, the atmosphere was great and the spectators fully engaged. A very professional production, in a top of the line arena. If you have a chance, go to a hockey game. You’ll be well entertained, even if you know nothing about hockey.